Was there someone watching her- impossible: there was no-one else around!

She heard a whirr, a click. She turned, blinked- and for the first time she noticed a gothic-style shop. It appeared to have a face and… fangs? Her eye was suddenly caught by missing posters- she shook off the feeling of gloom; the smell of death and ran closer.

What appeared to be her stood in the window? She squinted before rubbing the condensation away.

Alma loved dolls and this one was a perfect replica of her! The uneasiness that should have loomed over her had flown away like a balloon. Unaware of the horrific fate she’d suffer from, she gripped the handle and taking a breath tried to open the door.

It was locked. She kept trying, frustration brewing inside her; minutes later she begrudgingly gave up. She picked a snowball and threw it at the shop, pretending to be angry when she was holding back hot, and stinging tears.

The door suddenly opened and a spark of a smile lit her lips, sending her into a bliss of joy. There it was- the centrepiece of the room. Running to it, Alma kicked another doll.

It had black hair and was a monotone figure, like the people she had seen in those old tapes that crackled and blurred. Feeling bad; she smiled and turned it over- watching it on its trike spiralling towards the door and bashing it as it slammed shut.

The doll had moved again- this time in a sea of other dolls. She ripped of the glove and reached up, the boy on the trike still bashing against the door although Alma couldn’t hear the thudding past the adrenaline drumming ears.

Black, Alma tried to scream but her plastic lips were sealed shut.

When Alma looked at the doll excitedly, she hears a sound, turns round, looks back and she noticed the doll gone. Then she walks along to see If the doll is there. Exaggerated, she sees the doll on the table and then she tries to open the door. It was stuck so she throws a snowball at the door and walks away. but then the door slowly opens up and she walks in. Then she steps on A boy on a tricycle so she picks him up puts him the right way and he turns around in a circle and hits the door so it shuts.Then when Alma looks back at the table she sees the doll is gone again. So Alma looks around but then she found him on the shelf so she climbs up and touches the nose then she becomes a doll. As that happened  another doll of another child pops up.then it shows her name on the black board.

today i watched your Guards change positions and it, was. AMAZING. It was so fascinating and it was EXTRAORDINARY how all of the Guards were in line all of the time and how they didn’t mess up once. 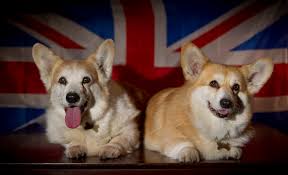 They were all there today. Red, green, blue, yellow and white, were their colours. They stood like the guards at Buckingham Palace, in a straight formation just like statues.  The red ones were all equally spaced, exactly a meter away from each other. Bearing in mind, I was so far away I could still make out their enormous detail. I walked closer towards them; then I heard it. The song call to the wild came on.

They started to move one by one, arms then legs.

Something crashed into the sea. Despite being statues their heads turned.

That house on the hill

The night was black, the trees swayed; there were no people to be seen. Upon the hill, laid a house but not any old house, a house which was damaged. Everyone hated that house. No one would dare go near that house.

Until one day a boy, who was only twelve walked onto the land.

He jumped over the barbed fence and walked to the front door, still obnoxious to the fact he was wearing a banana yellow. He carried a heavy crowbar to break into the house.

“BANG, CRASH, THUMP!” His head turned. Now he was scared.

Category: Uncategorized | 1 Comment on That house on the hill

Who had done this? What were the mysterious; mismatched figures? Where had they come from- were they a way of inter-galactic communication?

The statues had  appeared overnight at Sydney, all mismatched heads and limbs. Many were puzzled yet relaxed, others superstitious  and panicked: worried it was the sign of an alien-race. It stormed he internet; some even compared to the terracotta warriors claiming it was ‘another’ out of this world discovery. (Had there been alien-discoveries before?)

Days later a man called Steven-Haldown was found to have created the figures, yet many were still sure of aliens.

But you never know.

The teams lined up. It was about to begin. The colour speed boat challenge would begin soon. Everyone had spray painted themselves different colours to celebrate. The whistle blew. Everyone raced to their boats to start. Someone covered in orange paint took the lead and raced past the Sydney Opera House. Water churned up behind the racers like smoke from a volcano and a huge bow wave spread from the sides like tidal waves. They powered towards the finish at a tremendous speed. suddenly one stopped and all the others crashed into it. The race was over. Nobody had won

It was one cold misty evening, the clockwork had just chimed midnight and the jet black clouds began to close in over The Secret Garden. My backpack was falling loose the more I walked on, I heard all about this mysterious Island where only the magical people would go, where they would seek to stay hidden.

All my life of living in this town was to explore and hopefully find the hidden Island but so far it has never gone that way. I can remember one evening I was out on a walk with my brother and Mum when I spotted a tawny light flickering in the distance and from that day I thought it was the place I was looking for: the Island and that I was the seeker who was meant to find it.

The following day I woke up to a thrill of hope. I remember in my dream. high. Iced. Snow globe.

From that day I was lost, lost in my mind. Lost in thought.

Diving under waves, and crashing into the sand The sky dawned on me with beeming rays of light.

Sooner or later, clouds coverered the sky bit by bit and then… A tsunami formed and came crashing down on us all of us and I got draged down under to the deep blue. Whilst sinking to the endless bottom figures of red, blue, yellow and green stood frozen in time. Nothing moved exept for a shadow that was watching me. Who’s there? And where am I? And Why me? Flustered into my head and it twirled and twirled into my confusion.

The sun was hot; the glare terrible. My summer jacket was tied around my waist and the cold air breeze was nowhere to be see.  I had heard all about this statue performance where the bright colours of blue, red, yellow and white were to be watched, as every night they would address to this busy town.

I had only recently moved here, it was different to every other place I had been to, almost lost in its own world and from what I have seen today I am not so shore of what I want to do.